This week I caught up with one of our Year Three students who along with a handful of other keen St Martin’s students went along to a workshop during the school holidays with the talented and funny Adrian Beck and Heath McKenzie. It was a writing and illustrating workshop based on their new novel The Alien Zoo…and You

This is what our GUEST BLOGGER had to say…

Heath and Adrian began by explaining how they made the book. Adrian’s ideas came from visiting the animals at the zoo with his daughters and that got his imagination going. Heath explained that he does a rough sketch of an alien and then a good copy over the top and then adds the details and colour. He drew an alien from the book and used three of the kids in the workshop as a ‘human easel’.

We also had fun acting out being aliens from the book using objects from a basket. I had to be a flurp alien from Mars and they communicate with burps. Heath and Adrian mixed up ingredients to make a mixture that would make me do flurp burps. They added coca cola, milk, pepper, tuna, mayonnaise  and ice magic – gross! Luckily I didn’t have to drink it because Adrian and Heath played a game of  ‘Paper, Scissors, Rock’ to decide who the loser would be and that person had to drink the mixture…Adrian lost! 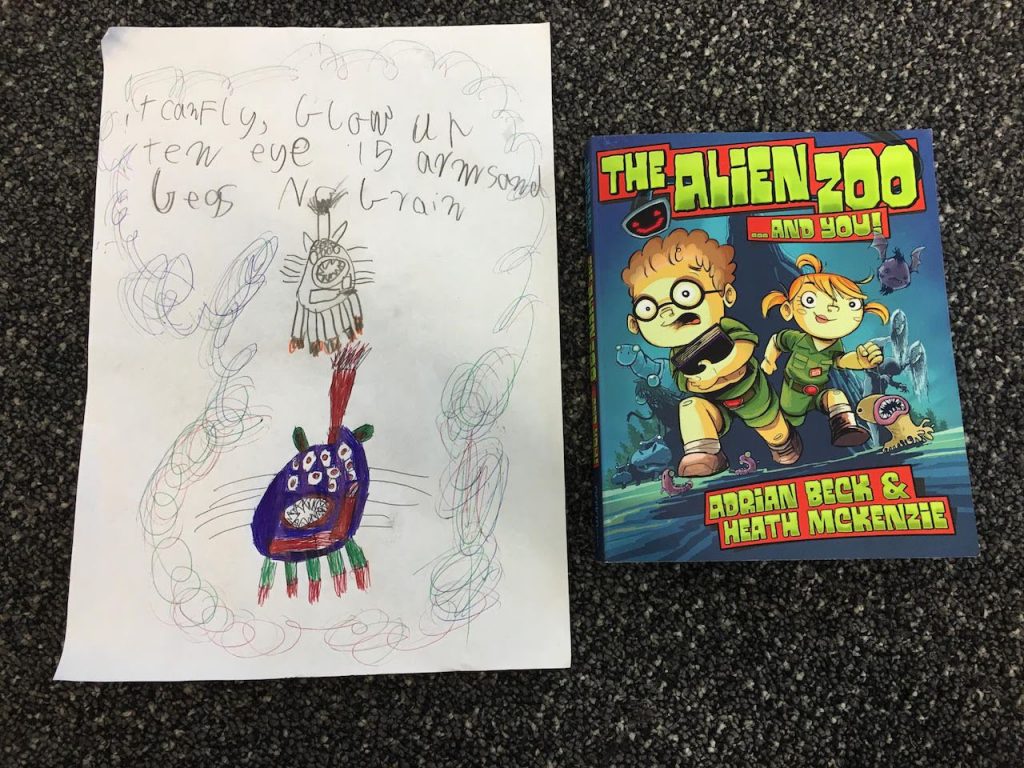 Thank you Adrian and Heath for so much fun and thank you Heath for not making me drink the flurp burp mixture! 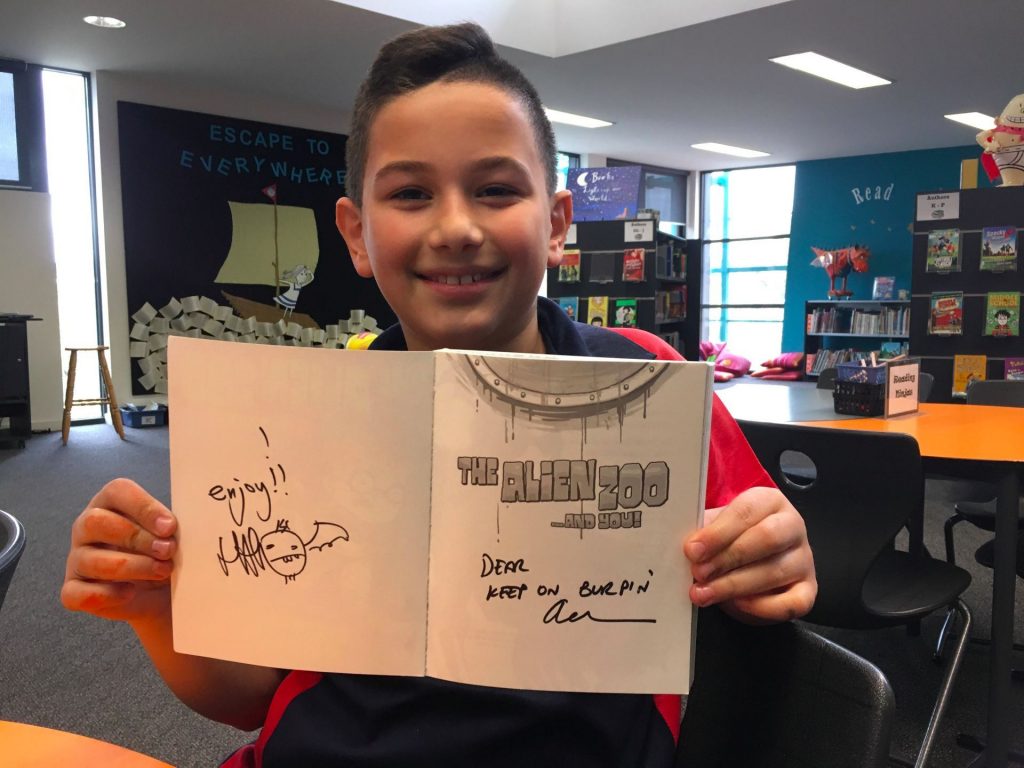