When I saw author Adrian Beck and illustrator Heath McKenzie had a ‘Design-an-Alien Competition’ for their latest book The Alien Zoo…and You, I knew our three Year 4 classes would be up for the challenge!

The prize for the winner was to have their alien brought to life by Heath McKenzie and featured in Alien Zoo 2!! The challenge was on…

The Year 4 students were excited to see some of their aliens feature in Adrian’s video updates of the entries he had received.

Adrian shares some entries with Lauren Phillips and Shane Crawford from Kids’ WB.

Today the winner of the Design-an-Alien Competition was announced by Adrian and Heath. They had over 300 entries from around Australia which made it an incredibly difficult decision to choose only one winner!

Congratulations from our Year 4 students to the winner, Will (from another school) for designing an awesome ‘Octorg’. We will look forward to seeing it in Alien Zoo 2…

Thanks Adrian and Heath for your fun competition and encouraging so many kids to unleash their creativity!

We had lots of fun celebrating Book Week and it’s theme ‘Escape to Everywhere’…The joy of reading is alive and well at St Martin’s! 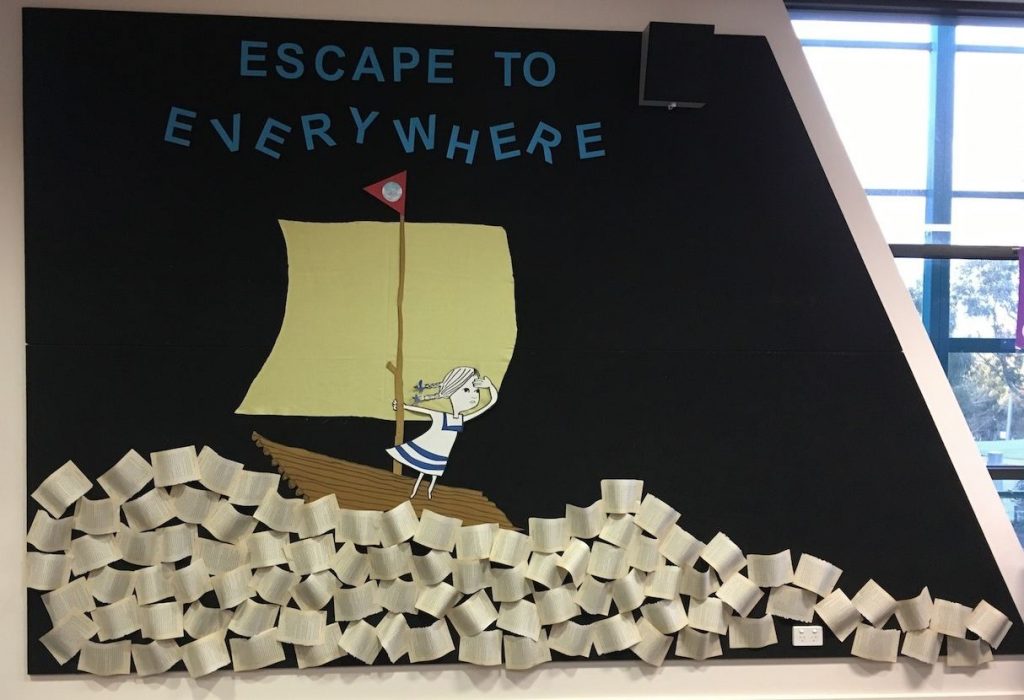 You never quite know what the weather will be like in August in Melbourne and it was a relief to have a sunny Wednesday morning for our Book Week Parade. Top Yard was a riot of colour and noise before school and it looked as though hundreds of book characters had escaped from our library! The whole school gathered together on Top Yard dressed as favourite book characters and everyone cheered as each year level walked around in their creative costumes…

Escape to Everywhere with Stories night

It was a wet and wintery Melbourne evening for our Story Night, but that didn’t stop nearly 400 parents and children from braving the weather to come to school for an evening of stories. The excitement was palpable as students arrived under cover of darkness dressed in their pyjamas, carrying cushions and cuddly toys, eager to listen to teachers read stories in cosy classrooms. A big thank you to families for coming along and to the 17 teachers who volunteered their time to read stories and ensure everyone moved safely to their story locations.

An author visit from Anna Walker

Friday brought our much anticipated visit from talented author and illustrator, Anna Walker. This term the Year P-2 students have been reading Anna’s books, watching her stop motion animated book trailers and doing art work in response to her stories. Today was the day they would finally met Anna! Our students hung on every word as they listened to Anna talk about her writing and illustrating and had lots of fun drawing with her. You can read more about Anna’s visit on our slideshow below…

Join in the Book Week celebrations from August 21- 25 on Kids’ WB on 9GO! Tune in each afternoon from 4pm to see Felice Arena’s fun interviews with some of our fabulous Australian children’s book authors and illustrators. Watch the video below for a sneak peak…

Kicking off tomorrow from 8:30am, Kids’ WB celebrates Book Week. We sent @fleech out to interview Australia’s fav authors. Catch it on @9Go. pic.twitter.com/uGHF0ZTrO9

The Kids’ WB cast will also be holding their very own Book Week Parade. Can you identify the book characters? Look closely for clues… 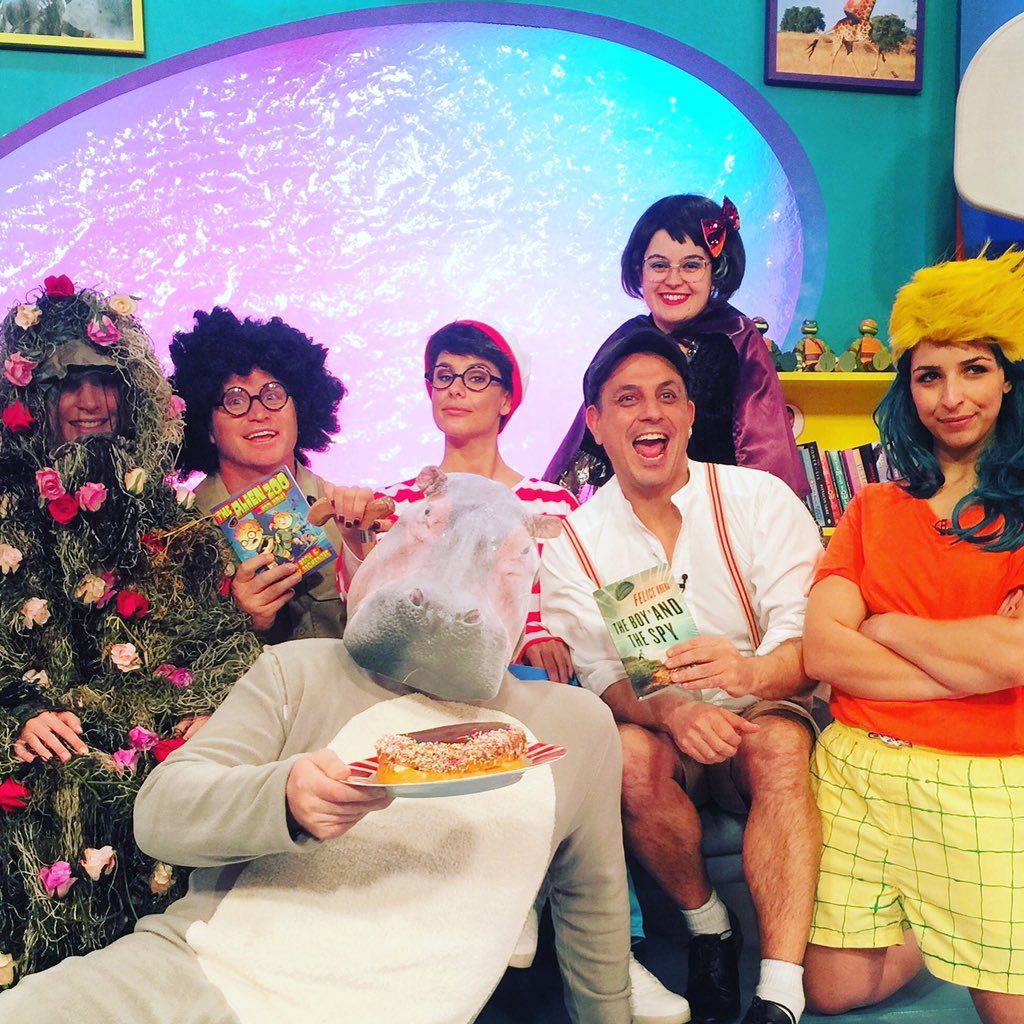 One of our Prep students was very excited when she visited her local library on Monday….

I went to the library on Monday. I chose my books to borrow and then I heard about the Reading Dog and then I read a book to him. When I finished reading I gave him a treat to say thank you and I walked out of the library with him. It was fun reading to the friendly Reading Dog. I’m going to visit him on another Monday and I will love it! 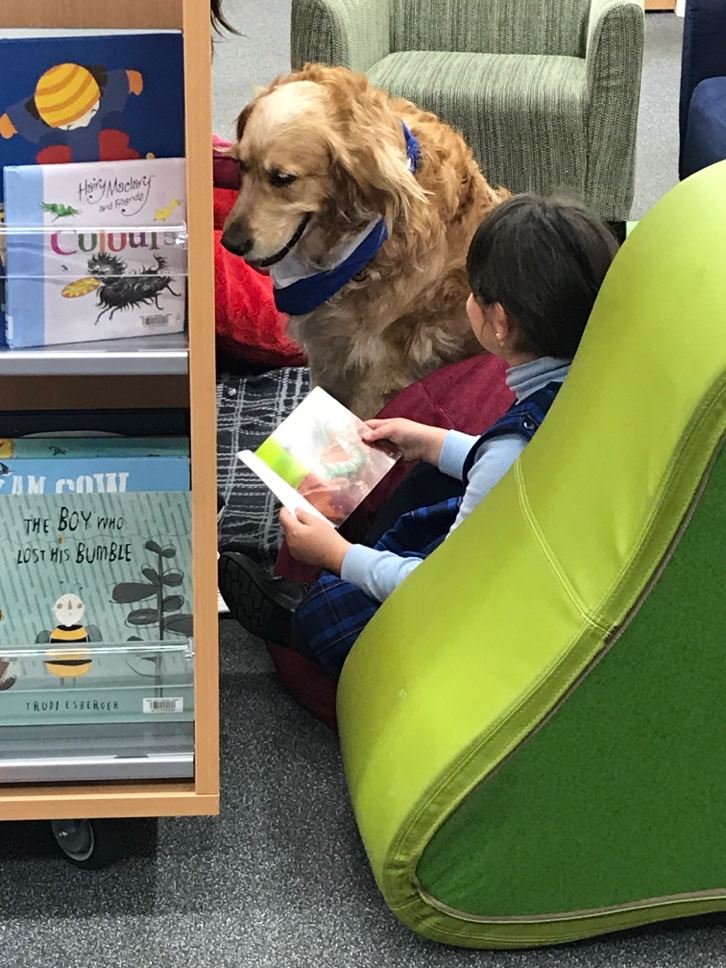 Our Yarra Plenty Regional Library has an after school program called Doggy Tales where children can read to friendly and supportive Reading Dogs. You can find out more at your local library branch.